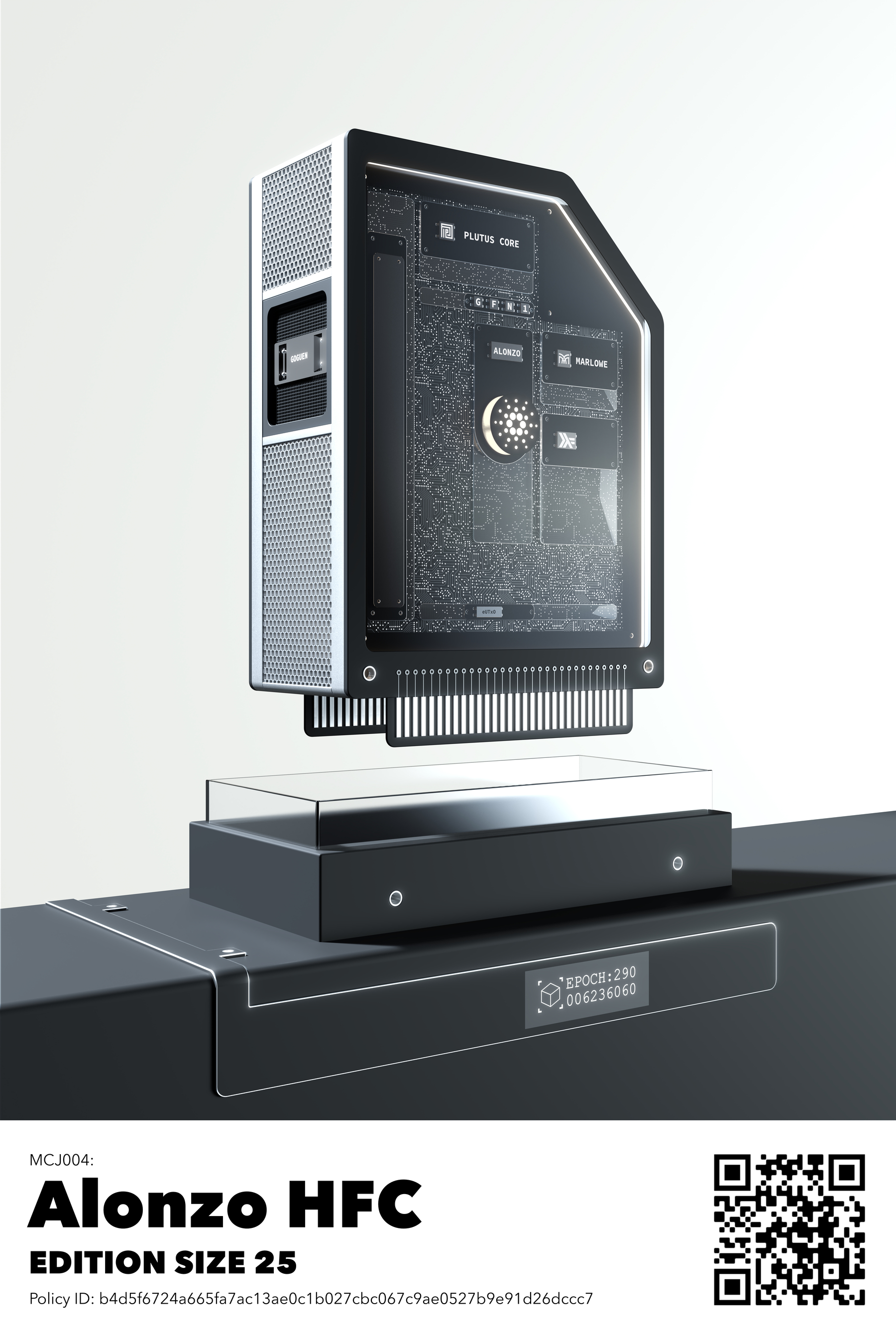 On September 12th, with Epoch 290 came a new era of Cardano - an era of Smart Contracts. To enable such functionality the network had to undergo a series of HFC events:

Each upgrade was necessary but it’s the Alonzo HFC that transitioned the network from Shelley to the Goguen era. A significant milestone for the entire community worth celebrating.

What is HFC?
HFC (Hard Fork Combinator) It’s a way for Cardano blockchain to upgrade without causing any system interruptions. Every time such an event occurs you realise how seamless and easy it appears.

The following artwork visualises that by showing a document 📄 shaped system module with the logic board inside, symbolising Smart Contract. The module is ready to deploy. Simply plug it in - just like a new computer module on your PC. Easy!

The module contains a series of components that expands the functionality of the Cardano blockchain. These terms are commonly found in the Cardano community.